I’ve been thinking a lot lately about how to evaluate probabilistic forecasts. The specific context is that I generate playoff probabilities for each NBA team at the onset of each NBA season (see forecasts for the current season and last year). Other people do this too. Ex post, how do we decide if my forecasts are better or worse than theirs?

If my forecasts had higher playoff probabilities for every team that ended up making the playoffs, and lower probabilities for every team that missed them, then this isn’t a challenge, since almost any reasonable way we approach the problem will lead us to conclude that my forecast was better. But reality is rarely that simple. Compared to smart forecasters, some of my probabilities will be directionally better, and some worse. How do we weigh these? The most common choice is mean squared error (MSE, or Brier scores, after [Brier 1950]), but this is only one of many potential options, and may be more arbitrary than you expect.

The term for this field of study is scoring rules, and it has a rich literature. I don’t have anything to add at the moment that extends the literature, but it might be helpful for me to run through some basics and explain my thinking. I’ll restrict to the binary case because it fits my use case and it makes the explanation simpler.

One agreed upon principle: that we should only use proper scoring rules

A proper scoring rule is one which incentivizes the forecaster to always forecast correct probabilities. This might seem obvious to the point of being unnecessary, but it actually excludes many rules. For example, mean absolute error (MAE) is not a proper scoring rule. If we are evaluated on mean absolute error, then we are actually incentivized to always report probabilities of 100% or 0%, depending on which is closer to our probability. We are incentivized to lie. Strictly Proper Scoring Rules, Prediction, and Estimation [Gneiting and Raftery 2007] is a great article that quite comprehensively but succinctly summarizes many issues in scoring rules.

Consider a motivating example. Let’s say two forecasters are predicting a repeatable event, which will have a particular positive outcome with some probability and a different outcome with the remaining probability, such that the two outcomes sum to 100%. Forecaster A predicts a 0% probability of the positive outcome. Forecaster B predicts a 20% probability. We test the event a great number of times, and observe the positive outcome 10% of the time. If we evaluate the two forecasters by MSE, they both are equally wrong, and get an error score of 0.1. This makes sense, since they were both off by by the same amount on average. But another way of looking at it suggests we should favour forecaster B. The model used by forecaster B could still be correct, although with a likelihood that is diminishing as we increase sample. But forecaster A cannot possibly be correct once we have observed a single occurrence of the positive outcome, because they reported a 0% probability. Forecaster B is probably wrong, but forecaster A is definitely wrong. When we say something will happen 0% of the time, and it ever happens, or we say it will happen 100% of the time, and it ever fails to happen, we are fundamentally incorrect.

What all logarithmic scoring rules have in common is that as the prediction becomes more wrong, the penalty increases exponentially, asymptotically approaching a negative infinity term in the case where the forecaster predicted with absolute confidence and was incorrect.

The logarithmic scoring rule has a strong foundation in information theory, described in detail in [Roulston and Smith 2001]. It’s also closely tied to formulations of how a gambler should optimize their bets for long-term profit, as famously described in the [Kelly 1956].

MSE is a popular rule, but there isn’t a strong fundamental basis for it. In Brier’s original paper he proposes it and describes its property of being proper, but without any backing for why it should be chosen over other proper scoring rules. Philip E. Tetlock uses it for his long-running Good Judgment Project, so perhaps MSE is best-by-test.

As best I can find, Axiomatic Characterization of the Quadratic Scoring Rule [Selton 1998] is the paper which establishes a positive case for MSE, and offers a critical comparison versus the logarithmic scoring rule.

Selton offers two critiques of the logarithmic scoring rule. Both are related to the asymptotic property, where the penalty for being confident and incorrect approaches an infinite asymptote. The first critique is the insensitivity property, which is essentially about how once a scorer has been penalized by infinity, it doesn’t matter how well they perform on the rest of their predictions. The second critique is hypersensitivity, which is that the asymptote becomes very extreme very quickly. Selton writes that this “implies the value judgment that small differences between small probabilities should be taken very seriously and that wrongly describing something extremely improbable as having zero probability is an unforgivable sin.”

He’s right to claim that the scoring rule is normative, but normative is a necessary property here - we choose which grounds upon which we judge these scoring rules. Fittingly, his critique is very normative too. Selton frankly doesn’t like how extreme the differences can be for very small probabilities, and he doesn’t like infinite penalties.

Selton describes four axioms that are collectively satisfied by MSE but not by several other rules. In particular, his fourth axiom, of neutrality, excludes the other rules. Neutrality is where a being wrong in either direction should be equivalent - in his formulation, the expected loss of predicting p when q is true should be the same as predicting q when p is true. But it’s exactly this neutrality that, in probabilistic evaluations, I disagree with. Predicting 10% for an event that is actually 0% likely should not be penalized as strongly as predicting 0% when it is actually 10% likely! Selton writes that “the severity of the deviations between [two theories] should not be judged differently depending on which of them is true or false.” 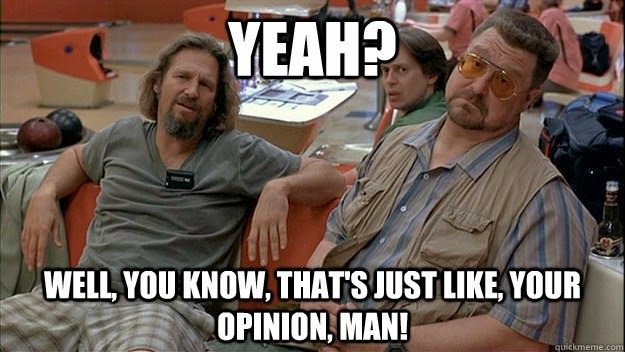 My thoughts on that.

But really, that’s partially the point. Other than the property of being proper, we don’t have universally accepted axioms to weigh these scoring rules. Which means that individuals need to choose them, and argue for them on some grounds.

Practical ideas for the insensitivity property

I’ve warmed up to MSE as a practical choice, but I still prefer log loss in probabilistic settings. It has a strong information theory foundation. It also fits a gambler’s use case, which is one of the historical foundations of probability and a key way we think about sports probabilities. As Roulston and Smith describe, about a log loss formulation that they label ignorance, “a house setting odds based on a minimum Brier score model will be expected to lose money to a gambler using the model with lower ignorance”. I’ll stay on the side of the gamblers who don’t lose money.

For a highly interesting paper on the early history of scoring rules, going back to at least 1793, see [Murphy and Brown 1997]. I love how this literature, and our entire understanding of probability, has either been about predicting rainfall of profiting through gambling.

Tao, Terence. (2016). How to assign partial credit on an exam of true-false questions?.