sqloose is a little bit of syntactic sugar to make SQL coding easier. I’ve added ranges and negative indices to GROUP BY and ORDER BY clauses, and added GROUP TO and GROUP THROUGH clauses to make it even easier to write SQL queries. See my github or PyPi for the Python implementation.

Suppose your SQL implementation supports numeric column references in GROUP BY and/or ORDER BY clauses, as many do. Column references are substitutes for the column (or alias) names, where 1 refers to the first column, 2 to the second column, etc.

sqloose allows you to refer to the last column as -1, and the second last as -2, etc. Further, if you specify a list of column references such as 1,2,3,4,5, these can be replaced with [1:5], or in the special case of starting from 1, simply [:5]. Column names can also be used in the ranges. Alternatively you could use GROUP THROUGH 5 or GROUP TO 6. sqloose simply translates from these to the commonly-supported numeric lists.

The following are all (some of the) ways to do this in sqloose:

python-sqloose does not implement any form of database on the backend. It translates sqloose syntax to the equivalent SQL syntax, which can be then fed into your database of choice. The more important design decision of which database to use are still left up to you.

Quite a lot of my SQL queries use numeric column references, and this will make my life easier. Maybe it’ll make your life easier too.

I end up writing lots of similar, successive queries, where I change the SELECT columns and need to simultaneously change the GROUP BY and ORDER BY indices. The front and end of my queries. A typical session may be like so:

Lots of unnecessary key presses or cursor motions. I shouldn’t have to modify my SQL statements in two places when I want to make one logical change. With an expressive enough language, this becomes redundant. Enter sqloose.

No more accidentally forgetting to update your GROUP BY columns.

More SQL history than I ever wanted to know

While I’ve long known that SQL implementations vary immensely, I’ve never before looked closely at the de jure SQL standards. Which is probably for the best, since I’m not sure if there is a single implementation that is fully and precisely compliant with any of SQL-86, SQL-89, SQL-92, SQL:1999, SQL:2003, SQL:2006, SQL:2008, or SQL:2011. 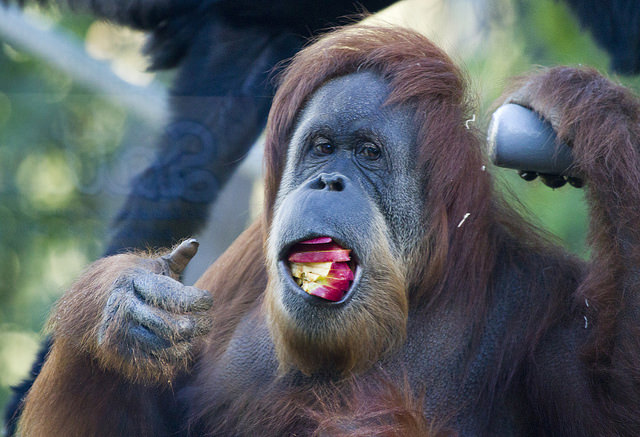 I was surprised to find that the numeric syntax for GROUP BY was never standardized, and that while numeric column references were permitted in ORDER BY as of SQL-92, these were stripped out in SQL:1999 and later versions. Numeric GROUP BY is supported by at least MySQL, PostgreSQL, and SQLite, but not by Microsoft SQL Server or Oracle.

Side note: Where in the world can I find a copy of the SQL-86 or SQL-89 specs? They’re cited everywhere but with no details on them, as if they are “paper specs”. I have this gap between the SEQUEL paper from 1974 and the SQL-92 spec (presumably released in or around 1992, but we can never be too sure).

This research leads me to wonder why numeric columns were never standardized for GROUP BY, and why they were removed from ORDER BY. I’ve hunted for opinions on them, and found a lot, generally recommending that SQL writers avoid numeric columns because they are imprecise and unmaintainable.

I don’t disagree with that for a codebase. However, I think these opinions are narrow and ignore how SQL is used today. The vast majority of queries I write are in some type of REPL loop, where I’m investigating data. I think this is a very common pattern, especially among data scientists, analysts, and others who are seeking to understand their data.

Most of the SQL that is written probably falls into two broad categories:

I do both, but because of the volume of queries for the second purpose, that is where I spend the majority of my SQL time.

In the first class, although I use SQL, I also use a number of other mechanisms. Certainly there is no shortage of “Big Data” design patterns that are not very SQL-like. Yet for the second type, quick data access, SQL is incredibly persistent and dominant.

In fact, this is part of the heritage of SQL, and was recognized in the 1974 SEQUEL paper.

[…] there is also a large class of users who, while they are not computer specialists, would be willing to learn to interact with a computer in a reasonably high-level, non-procedural query language. Examples of such users are accountants, engineers, architects, and urban planners. It is for this class of users that SEQUEL is intended.

I see nothing wrong with having two uses for SQL. The SQL that becomes part of my code is cleaner and more explicit than my data discovery SQL, which is written very succinctly and needs not be shared in that format with anyone else.

We should support SQL the way it is actually used, and do what we can to make it easier for users.